As more and more people access the Internet on mobile devices, Google will begin to use the mobile-friendliness of websites as a ranking factor in their new algorithm.

The new algorithm was released April 21, 2015 and is part of Google’s shift towards favoring mobile sites in it’s on-going efforts to return the most relevant results possible.  The thinking seems to be, why should they return non-mobile ready websites in online searches from a smart phone when the resulting non-web-friendly sites display awkwardly and not so useful?

And while this won’t have an immediate impact on searches originating from desktops and notebooks, according to an article in Inc Magazine, that may change down the road:  “Now, it’s important to understand that Google is not referring to desktop rankings. This announcement is in reference to mobile search rankings, specifically. However, there is a lot of speculation from reputable sources that mobile-friendliness will impact desktop rankings in the near future, as well.”

Either way the writing is on the wall.  According to this Pew Research study, “64% of American adults now own a smartphone of some kind, up from 35% in the spring of 2011.”

That’s a lot of cell phones being used to access the Internet, so if people are using their mobile devices to search the web instead of desktops and notebooks and your website is not coming up on those searches like it used to, that’s a problem.

THIS IS WHY IT MATTERS TO YOUR BUSINESS

As this new algorithm is implemented, websites that are non-mobile will not be returned in searches initiated from a smart phone.  So basically, if your website is not mobile-friendly it basically doesn’t exist.

You have two options:

And a third option, really, which is to do nothing and watch your website traffic drop accordingly.

To test your own site, check out the Google Mobile Tester HERE.

To Learn How Samson Media Can Help Your Business “Mobilize” CLICK HERE. 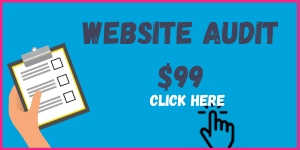